“You can’t force rape jokes onto a crowd….”

“Rape jokes are like pro wrestling and sword swallowing, best left to the professionals”

Those are two jokes I tell on stage, I like them, and I believe in the sentiment of them, but there is a much more complex concept at work when it comes to “Rape Jokes” and jokes about any other controversial or uncomfortable topic. I call it “the Kopi Luwak Effect.”  It’s something that was introduced to me about 4 months ago when I left a comment on a podcast message board. 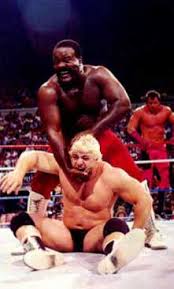 My comment was in response to episode 61 of “Live from the table.” which was recorded amidst the whole “Rape Joke Cyber-Controversy” last May. They were talking about rape jokes and Kurt Metzger was one of the guests. I listened very intently, because I did a fair amount of awareness/prevention work for rape and sexual assault while in college and I wanted to get more insight from some seasoned comedy professionals on the controversy, which at that point was a month old I guess. My stance at that time was essentially that rape should be an off limits topic for most comics, unless the comic is good enough to write a good joke about it (evidenced within my own “Rape Jokes.”)

The episode is very respectful and tactful so I felt perfectly comfortable writing to them to share my opinions which I felt hadn’t been represented by anyone on the show. I didn’t expect anything to come of it (well… maybe I thought they might call me up to be a guest on the show…) but a few days later I got a respectful (well respectful for a comedian) yet charged email from Kurt Metzger. Unbeknownst to me, he’s quite opinionated on the topic, he makes rape references in his act (they’re well written, cause he’s a pro…. head writer for Amy Shumers TV show guys….) and he’s been interviewed numerous times on the topic (just google Kurt Metzger and you’ll see what I’m talking about). Silly me, I hadn’t done my homework before writing. I At that time I hadn’t google Mr. Metzger or why he’d be the go to guest on this topic. I didn’t know who I was dealing with.

If I’d done my homework I never would have written what I did, but all the same my comment, as respectful, well crafted and well informed as I had though it was, had garnered a spirited response, and it led me to do more research on what folks were saying and in so doing I discovered all the other interviews that Kurt had done expounding upon his view on the topic and when it was all said and done I found that I agreed with him in alot of areas. And even some of the areas I had initially disagreed with him on I could now see where he was coming from and almost agree with him there too. So I wrote him a nice response to clarify my points and tell him what I’d learned.

When I went back to look up the email so I could share portions of it in this post.  I realized that I had never actually sent him my response to his comments to me… and i also decided it wouldn’t be right to publish the comments that he made to me in a private email, without trying to talk to him first….  so I’ve decided to withhold any quotes from what he said to me, until I can actually send him my response (which I will do after I post this) and maybe get his permission to post the other stuff he said in another post.

BUT ANYWAY…. in an interview with Kyria Abraham  Kurt says….

…..well I can’t find the quote I want to use from him in her article cause the quote I wanted to use, it turns out, is from his email to me, but it’s too good to not use so… he said “the whole reason I tell a joke about something upsetting is because I am HIGHLY SENSITIVE and the jokes ease my despair.” and that’s what I want to talk about here. “Easing the despair… but the Abraham article is good one if you wanna talk about rape jokes, (in it he says “All jokes are based on pain. Even the clean ones,”) as is the video I posted above…. but I’m really only using the rape joke story as a lead in to todays realization….

Kurt Metzger is right, good comedians can make jokes about upsetting topics sometimes, but that is only to help us process them easier and make them more approachable. A little kid a at street show for BROS once asked us why was dressed up like monsters and my friend Johnno’s response was “So that the real monsters don’t seem as scary…” It’s the same sort of thing. You take fear and pain and you transform it in a way that makes it easier for a crowd to stomach, and after today I have a term for this sort of thing….. you guessed it

Keep reading for the origin story of the term…

Have you ever heard of Kopi Luwak?

I have a bit that riffs on the concept of Kopi Luwak. I’ll bring it out when I do a show in a coffee-house or somewhere that I think people will know what I’m talk about , but today while listening to “You made it weird” with Pete Holmes and his guest Dan St.Germain their discussion lead me to a deeper metaphor for Kopi Luwak (aka “Cat poop coffee”) that has an interesting parallel to the craft of a comedian…. 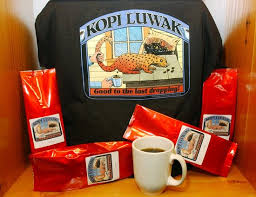 If you’re not familiar with Kopi Luwak, allow me to quickly familiarize you with it. In the world of gourmet coffee there is a product called “Kopi Luwak” aka “Civet Coffee.” It is the product of an Indonesian Cat-like animal, called a Civet, which painstakingly selects the best coffee cherries to eat, digest and then poop out. Once excreted, enterprising men scoop the beans (aka “the poo”) out of the litter box (aka the forest floor), wash them, roast them and grind them for human consumption. Then, American Hipsters and Yuppies pay upwards of $600 per pound for it. I’ve heard that it’s not necessarily as spectacular tasting as the price tag may suggest, but that it does offer a smoother sweeter coffee experience that is the result of the “wet processing” that occurs inside the little kitties tummy tum (*i.e. the lactic acids of it’s stomach permeate the bean within the cherry, actually causing a chemical change that allows some of the proteins to leach out and thus reduces the bitterness of the final cup of coffee.)

In other words the cats transform the coffee beans from bitter and harsh to sweet and smooth, making them easier to swallow. The idea of the bit that I usually do, revolves around the civet having magical intestines that might be able to improve other things like it improves coffee beans. For instance: If you feed one a bag of oregano, will it poop out a bag of weed? If you feed one a bag of wood chips will it crap out a set of IKEA furniture?… The bit is so-so, crowds that understand the reference  like it, but some crowds don’t undersand what it is even after i explain it, so I think my new metaphor is more valuable.

The art of the stand-up comic is to do for bitter, harsh and sometimes controversial topics what the civet does for those coffee cherries. Take topics like a bad breakup, an

addiction, racism or, dare I say it, Rape, and chew it up, swallow it and let it pass through the civet tummy that is your brain. While it’s in there, your intellect and sense of humor will act as the acids in the civets stomach do, permeating the kernel of the topic and “leaching out the bitter and acrid elements of it”…. And then you “poop” it out of your mouth through a microphone on stage as a funny joke or bit that will allow people to have a laugh about it and make it less intimidating.

That’s right folks, I”m saying “Comedians should set out to find the pain in the world  and “eat it”, so that they can process it for the audience and turn it into some funny shit”, thus making it more bearable for people*.  It’s like the old saying “Comedy, is tragedy plus time.” (explored in greater details by “the Quote Investigator”) but I suppose with the right comedic mind to digest the tragedy you can save some time and get to the comedy quicker.

It’s a valuable ability that good comedians have and one that I hope to develop in my own material someday. I think all comics should  consider “the Kopi Luwak Effect” when writing,  just be careful what kind of pain and discomfort you decide to try to process cause if you’re system isn’t finely tuned, It’ll still end up coming out as a crap…

But that is something to be discussed in another post.

Please explore my other outlets