I had a crummy set.

It happens to all of us.

The room WAS weird that night. The usual room we use for open mic was occupied by a private party, so we were relegated to a space upstairs that gets less drop in traffic. The numbers were lower and the crowd was mostly other comics, but it was still a good-sized crowd and most of the other comics did fine.

I WAS upset with my GF, because she said  I don’t contribute to the house enough (and she’s right) and then before I left she asked me what we had to eat. – You see, I do most of the dinner cooking, because I have the time (usually) and I enjoy it, and I felt that she had overlooked this fact when ridiculing me earlier. By asking me at the moment I was leaving for open mic, I felt it was a slap in the face. I can steam my temper up just as easily as i can steam some vegetables and in this instance I’d done so prematurely. She didn’t mean anything by any of what she’d done or said and freely admitted she was being too hard on me. I had worked myself up into my own tizzy over it, and when I talked to her about it later, she felt horrible.

The moon… well I don’t know much about that except that it does seem to affect people in strange ways when it’s full, and thanks to Stardate.org, I know that it was nearly full that night.   But whatever, I was just being hyperbolic anyways…..

All those things were factors, but none of them are really to blame for my bad set. I had a bad attitude when I took the stage. I was so set on being miserable and blaming other factors for my misery that I exuded negativity and everyone around me could feel it.

I didn’t think about how I would start my set like I normally do and I rushed into every setup half-cocked. I was accusatory and mean to the audience when they didn’t laugh and I closed by saying “Lick My Balls” This was all out of character for me. I’m sure that many of my friends got a kick out of my misery on stage to a certain extent, but no one else did. 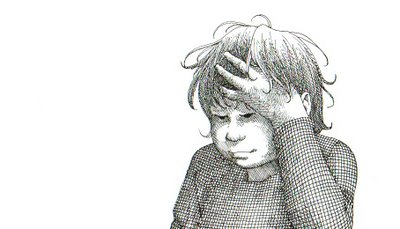 The result was a bad set for me and an awkward 5 minutes for the crowd. If I’m lucky they won’t forever remember me as the bitter guy on stage that night and I’ll be able to re-program my image in their minds with a killer set next week. But that’s not all that went wrong.

Since I was emitting such negative vibes, no one really wanted to talk or hang out with me, even though I tried for at least 45 minutes after the whole open mic was over. I was no fun. Someone would start to talk to me, and then I’d say “I’m in a crappy mood.” and then they’d drift away. I don’t blame them.

At the end of the night, I sat there hoping that someone might make me feel better, but no one did and I eventually had to admit that I had no business being around anyone. I made for the parking lot and called my GF to give her a piece of my mind. Just as I said earlier, she was oblivious to my misery, I’d imagined the whole thing and it was all smoothed over within moments, but not before I got pulled over for going 55 in a 35 zone…

I got lucky with the cop, and only got a warning, but it all could have been way worse.

And yet, it could have all gone way better, if I’d only dealt with my bad attitude in a better way (or at all) earlier in the night.

No matter what your profession or hobby, if you’re having a bad day, deal with it before you have to deal with others. You’ll be doing everyone a huge favor.

Please explore my other outlets

One response to “Consequences of a Bad Attitude”